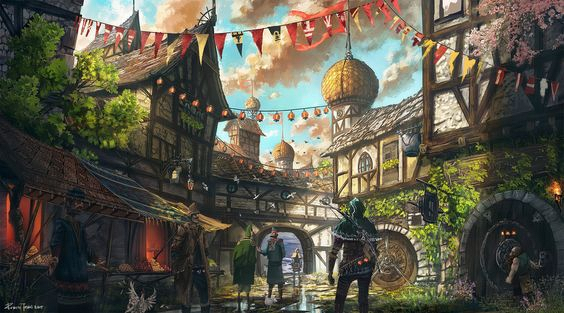 Witsend is the poorest slum district in the city of Ironhold, located on the eastern side of the big city and close to the harbor. It is a maze-like warren of narrow streets, ramshackle buildings, and dark alleys. Survival on the streets of Witsend is tough and hardening. The district is full of tanneries (which make the air stink), cheap brothels, low-class inns, alehouses, and pot-shops serving meager stews. Many of its inhabitants subsist primarily on a meager, slow-cooked stew containing meat of questionable origins known as a "Bowls of brown."

The slum begins where the market ends, which is the location of many bakeries. The worst sections are at the end of Witsend, where human waste flows down the pipes from both Westhold castle and Crystal Crest and into the gutters, which often overflow when it rains. The dirt that flows down from the pipes flows down to Black Alley, at the absolute bottom of the hill and the very worst part of Witsend; where the Black Market begins. 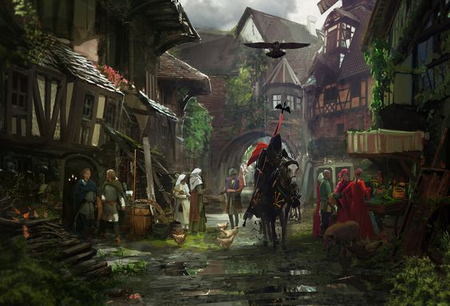 Here, amidst the stench and pungent atmosphere, Edenfell's outlaws and wanted criminals, who cannot risk being seen in the main market, come to trade goods and services ranging from mild things like food and bootleg alcohol to atrocious dealings like trafficking and cutthroat, assassination business.

Most Black Alley dealers are goblins and smugglers from around the Three Kingdoms. You can obtain; relics, weapons, armor and spells in the black market if you have enough coin and know your way around. Avoid getting into trouble here else you will get a sword in your heart from the numerous no-goods or even, the patrolling Kingsguard.

Black Gate is a Terminal provided by the sinister Brood for those who fall outside the laws of Edenfell. It is hidden beneath a bridge in Black Alley and facilitates travel between the Three Kingdoms, leading out to the illicit Terminals of the other kingdoms.

Be careful not to enter without a ticket obtained from any of the many goblins that peddle them, else terrible accidents may occur. 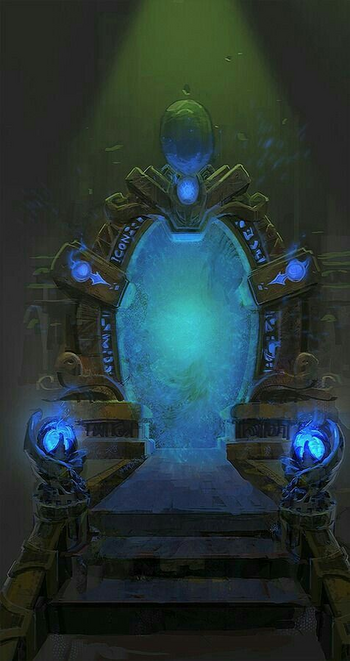 The Komodo; tavern, inn and brothel 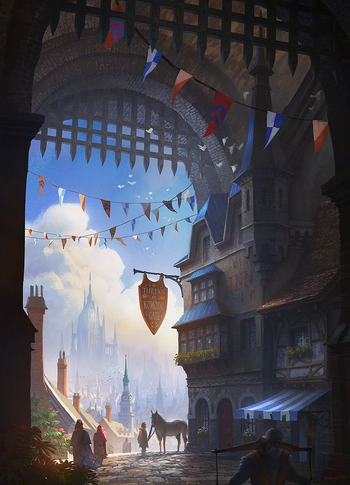 The Komodo is the most patronised and possibly the most well-known private establishment in Ironhold. Catering to Imperial Sorcerers, Kingsguard's men, merchants, drug-dealers, criminals and Dark Mages alike, the large castle-like structure, divided into multiple buildings, serves first as a tavern and brothel with its ground floors and an affordable inn with the higher floors and rooms.

It costs a single piece of Silver to get ale, two for the brothel and four to spend a night at The Komodo. Men come here to drown their sorrows, forget the present and relax in a mirthful atmosphere of jocularity, bad wine and cheap whores. Bards play their terrible music all night long and the sounds of singing, laughter and fornication echo round the clock.

The Komodo is protected by decree of the King, making it impossible to apprehend an outlaw within its walls as long as they are a paying customer. It's all about good service, eh?

Retrieved from "https://edenfell.fandom.com/wiki/Witsend?oldid=1446"
Community content is available under CC-BY-SA unless otherwise noted.