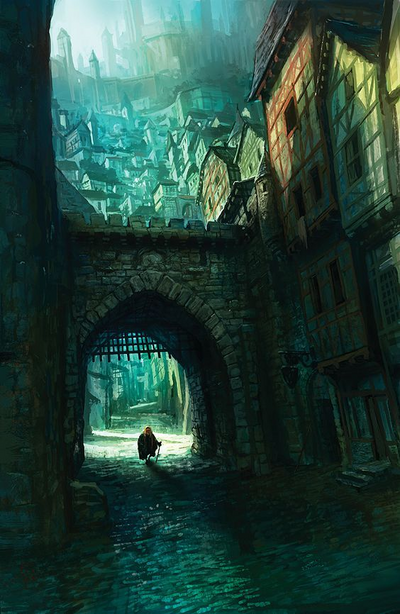 Everyone but the royal family and the king of the north lives in the Suburbs district where - in some unsavory neighbourhoods - crime, corruption and violence are rife. The Suburbs district begins where the Northern Market ends and is therefore almost like an extension of it.

The Suburbs are noisy and dirty with frequent violence and altercations, making the district the most heavily patrolled part of the kingdom of Vanaheim. 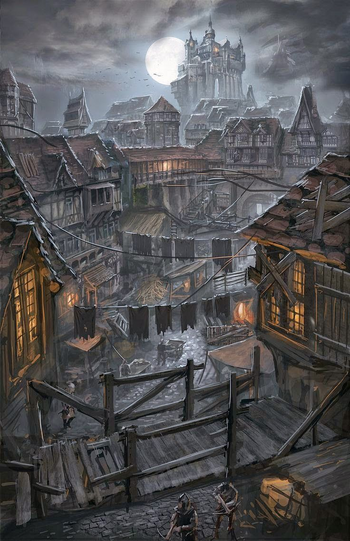 The illicit Black Market for goods and services can be found in this district , attracting even more cutthroats and criminals than already dwell in the Suburbs which does nothing to help it at all.

All of Vanaheim's greatest names were born in the harsh environments of the district's neighbourhoods. As they say, great men excel in adversity.

Thieves' End is a slum neighbourhood of diners, brothels, inns and taverns located south of the Suburbs district right next to the Northern Market. It was christened for to its notoriety housing no-goods, outlaws and enemies of the law and kingdom in general. Raids by the Royal Guard and the City's Watch are the norm here as they are always in search of one criminal or another. 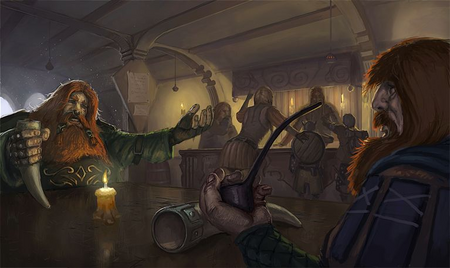 Visitors to the kingdom often end up spending nights in the unsavory neighbourhoods of Thieves' End and while the more devious types may find it intriguing, it is certainly not for the faint-hearted. 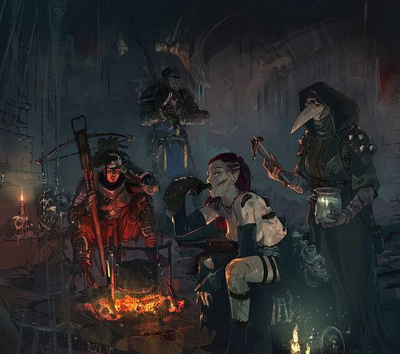 Crook's Gate is a secret Terminal whose gateway is the arch of a bridge at the end of an abandoned walk that instantly transports anyone that walks underneath it with a ticket. A lot of accidental transportation occurs beneath the bridge on occasion when people who are unaware of its function pass through it. 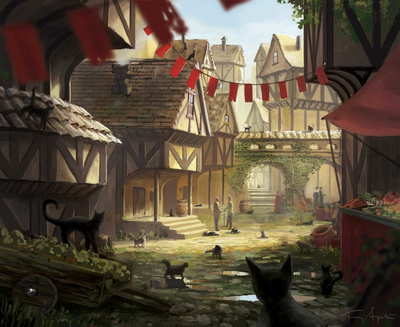 Its name comes from its use by crooks and criminals of the underworld and dubious Black Market.

Retrieved from "https://edenfell.fandom.com/wiki/Vanaheim_Suburbs?oldid=2139"
Community content is available under CC-BY-SA unless otherwise noted.