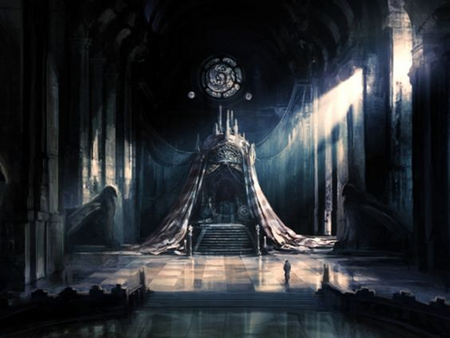 The throne room or great hall is a location within Westhold, seat of the ruler of the Three Kingdoms. In it stands the Imperial Throne, the symbol of the power and authority of the King over all of Edenfell. Within the throne room, the King, or his Hand, in the former's absence, holds court, receives petitioners and oversees official ceremonies.

The great hall consists of a large, cavernous room. Its entrance is made up of two huge bronze and wood doors. The Imperial Throne sits on the opposite side, atop a raised dais climbed up to by two sets of wide steps of rough black stone; small chairs may be placed when the King or the Hand is accompanied by members of the King's council. The floor is made of different types of marble. Overhead is the towering vaulted ceiling, with massive arches and columns. On the right side of the Hall stands a raised gallery that connects to other areas of Westhold. To the left side of the hall, several windows with stained-glass depictions of the Imperial Kings and the gods allow light to enter. 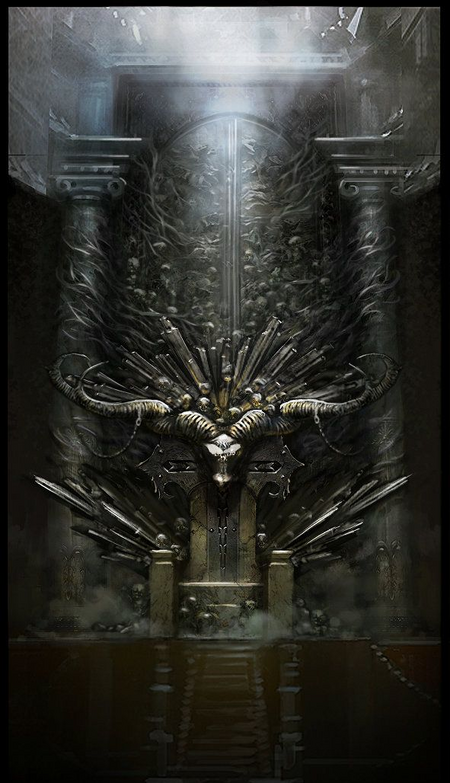 The Imperial Throne was forged from weapons, armor and war equipment obtained after the Great War melted together with the skull of Ignis Baal's Giant Elk, Aries. Its jagged nature, owing to the protruding weapons, signifies the agony that befell Edenfell in the Dark Age and Aries represents the light of the Alliance and the New Age - a reminder of the great cost of peace and an incentive to maintain it.

Retrieved from "https://edenfell.fandom.com/wiki/The_Throne_Room?oldid=1476"
Community content is available under CC-BY-SA unless otherwise noted.