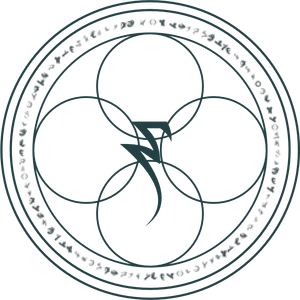 Clever Craft of the Nords, Summoning is an immensely powerful art that enables the user to manipulate the mystical realms and bring to their side, Edenfell's beasts of extraordinary strength and skill to aid in combat and craft. Having the least Mana among the races and generally considered less Magic Sensitive, Nords developed summoning not through arcane prowess but through their reverence of nature itself and their rapport with its wildlife. Known throughout the lands as the best of tamers, it is no surprise that the War-born express their Magical aptitude in the form of wild beasts called to them in times of need. Teleportation magic was derived from Nordic summoning.

Generally, each Magic Sensitive Nord has enough Mana to summon a single beast at a time but with greater reserves of the Magical essence at higher aptitudes, they can go beyond this limitation when necessary. The Summons do the bidding of their Summoner with whom they share a telepathic connection until they vanish. Summons only last for as long as their Summoner's Mana can keep them in the physical realm or until they are killed, after which they disappear into thin air until summoned again.

Summoning takes the form of a Mage opening a gate through which the Summon enters the physical realm. The gate takes the shape of a Magic Circle/Rune big enough for the Summon to pass through. Summoning gates only transport the summon for which they are meant and nothing else.

Two or more Nordic Summoners can pool mana by simply touching each other before summoning. This is powerful Nordic magic with which they can collectively summon greater beasts for longer periods of time. 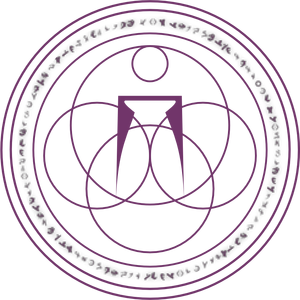 More commonly called projecting/projection magic, this school of the mystic arts belongs to the Gaians and Centaurs. These sons of Adam possess great amounts of mana, the best among them sometimes rivalling the Elven. There are two classes of Crafting magic: Construction & Impetus.

Centaurs express their Magical aptitude in only the first class of crafting while Gaians can and more often wield both.

The first class of crafting grants Mages the ability to create and manipulate hard light constructs which originate from them and move out as directed by the Mage. This lends itself to the creation of weapons, shields and at higher levels where the projectiles can be made as realistic as possible for very short periods of time, even deception.

Construct projection generally takes the form of a single-coloured hard light construct, often transparent. At higher levels, the Mage may make these constructs look as realistic as possible, losing their colour and transparent nature and taking the form of the object they wish to mimic.

The strength, size, number, and longevity of these constructs depend greatly on Mana.

Bending light is very versatile, being suitable for both offence and defence, and with great creativity and intelligence, it can be used to create incredible effects.

The second class of this school, only available to Gaians, can move immobile, non-living objects at will in the form of a push or pull at great force (transportation Magic).

The size, distance and speed of the objects being moved depends on the magnitude of the force which in turn is a factor of the Mage's Mana. Impetus can be used just as diversely as hard light constructs and in the hands of a skilled user, it is devastating.

Projection Magic, like most Schools of Magic, is highly individualistic; its colours vary depending on the wielder (each user chooses a single colour with which they express their Magic).

Like with every other School of Magic, Magic Circles/Runes are a must, or at least if they aren't present, another obvious visual indicator must be present, like a flash of light etc. before a spell can be cast. 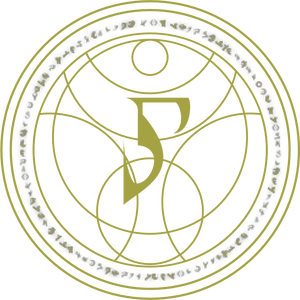 Often called the Mother of all Sorcery and the Primordial Art, bending is an ancient form of the Mystic Arts only available to those of pure Elven blood, namely the Elves and the Orcs. The key difference between the bending school and the wielding school is the fact that Benders can create what is not and use it as what is whereas Wielders can only manipulate what is.

The bending school is the most ancient natural art and the oldest form of Magic in Edenfell. Each Bender is attuned to the flow of a single form of elemental natural essence within themselves and as such express themselves in only one of four ways: Blaze, Frost, Blitz and Terra.

The element with which a sorcerer expresses their magic reflects their temperament and inherent personality traits.

These benders can simply make and manipulate fire. The most intense of elements, fire is as deadly as it is magnificent and given the natural prowess of Elven coupled with their glorious reserves of Mana, a Blaze sorcerer can become a full-blown inferno.

Wielders of this class are walking blizzards, able to alter their atmosphere drastically, given enough time. They can create, shape and manipulate the cold, ice and frost with enough training and skill. In combat, they are a furious blizzard not to be underestimated.

The speed of this class is immense and outrageous, releasing barrages of attacks in the blink of an eye. Sorcerers of this art exhibit great control and precision as well as intensity. What they lack in power and damage they greatly make up for in speed and range.

Masters of the earth itself considered the most honourable of Elvish Anthros, Orcs and Elves alike. Benders of the earth are arguably the most powerful among the Elemental Mages. They possess great defence and even greater offence, dishing out outrageous damage and displaying exceptional control.

Earth Mages can use half the Mana their elemental counterparts use in their arts without sacrificing any power at all because they are the only bending class able to manipulate their element around them but cannot create it. While fire, frost and blitz benders must create and then control their magic, Terra benders easily control the earth and its parts all around them whilst not being able to create it from nothing like the other classes.

They also possess great recon skills due to the ability to "sense" objects around them over distances determined by their rank, as long as the objects make direct contact with the earth.

Bending is also individualistic, meaning that colours and styles vary from Mage to Mage. Some may fire blasts from their hands, others may breathe out their attacks and some may even summon these effects.

Elemental sorcery is an immensely powerful craft that has granted the Elven races dominion in the field of Magic for centuries.

Benders also boast the ability to tame and control dragons, an ability only they possess. Dragons are a race of elemental creatures native to Alfenheim. They are extremely powerful in their prime and are considered even more valuable than gold. Dragons at maximum size can be as big as a Unicorn (weighing a maximum of 1000kg, standing 1.8m tall from the ground to shoulder, 7m long from nose to tail-tip, with a maximum wingspan of 20m) and as smart as a dog.

Each dragon belongs to a single elemental class and can only be tamed and domesticated as a mount or pet by a Mage of the same class. Bending mages cannot be hurt by elemental attacks of dragons of their class. Dragons cannot be summoned by Nordic sorcery. 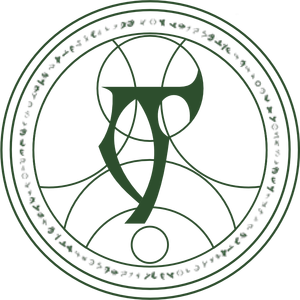 Wielding is thought to be one of the more ancient Schools of Magic due to its similarities with bending. Wielders cannot create elements or materials but they can manipulate with great skill and power, some aspect of nature towards which their Mana is directed. Wielding is a craft that requires substantial Mana to be powerful and as such it is a good thing that the races that practice these classes of Magic (Sprites and Mer) possess vast amounts of Mana.

Mages of this class can wield large amounts of water, depending on their Mana, for limited amounts of time. They can shape and control it, bend it and command it at will. The properties of water such as its temperature, viscosity and density can only be altered by high-rank (above Disciple) wielders.

When wielding water, Mer never use a Magic Circle and do not need an indicator. Because water is always the same, there is little individualism but great power in this class. Water wielding Merfolk are the only members of their race that cannot drown

This class is considered a wielding class and not a summoning class because it is unclear if these beasts are called forth from another realm or perhaps exist in this world (like Nordic summons) and reside at the very bottom of the Oceans' abyss. The rules governing how many, how long and how large a Kraken spell can be are precisely the same as those governing Nordic summoning.

Sprite Mages can master this class with great ease, enabling the nature-loving Fey to control and bend plant-life and flora around them as they please. This is as versatile as creating blades and tentacles from roots and branches to manipulating vines and creating projectiles from leaves. Sprites can also increase the size of a plant with twice the effort and twice the Mana used for regular spells. Flora control is a true Elven art and even more proof of the Fey Alfen's Elvish origins.

Fey are also able to transfer their Mana to other individuals. The act of "blessing" or "enchanting" is not uncommon among Mages in Edenfell but Sprites remain the only race that can perform this Mystic Art on another living individual of their choice, simply by willing it.

Sprites are also able to shrink in size, with the help of skilled Mana control. This reduces their size to a whopping 18cm height. Sprites can maintain these effects for as long as their Mana persists.

Retrieved from "https://edenfell.fandom.com/wiki/The_Schools_of_Magic?oldid=2529"
Community content is available under CC-BY-SA unless otherwise noted.