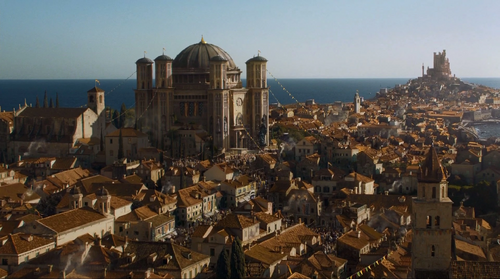 The Great Temple is a massive shrine, the center of religious worship for the 5 gods and the seat of the high priests of the faith. It is the largest single building in the city of Ironhold, though other castles such as Westhold sprawl over larger areas. Great religious ceremonies are held here. It is also the temple personally used by the royal family, thus royal weddings are held at the Great Temple in massive ceremonies.

The Great Temple is decorated with paintings and sculptures of the 5 gods. Votive offerings and lit candles are placed at the bases of the statues. 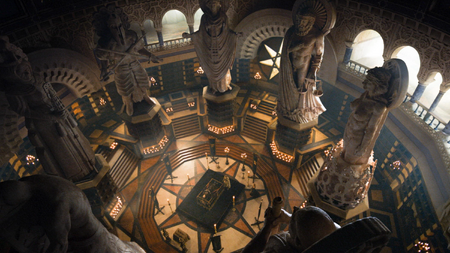 The main sanctum chamber can comfortably seat seven hundred people. There are other spaces within the complex that could easily seat larger numbers. The Great Temple was also built with cells for penitents.

The Chief Priestess can be found here.

Retrieved from "https://edenfell.fandom.com/wiki/The_Great_Temple?oldid=1590"
Community content is available under CC-BY-SA unless otherwise noted.