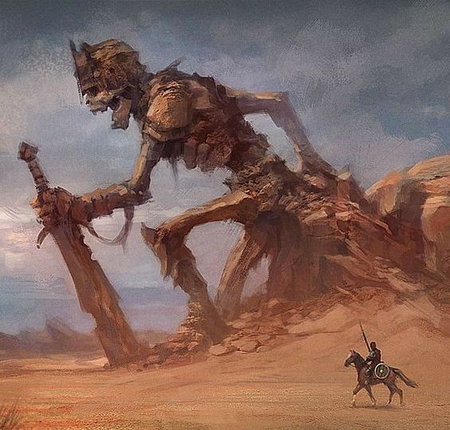 A few hundred meters from the Northern Wall of Summerwind, a large monument of the alliance of the Three Kingdoms - three great swords - marks the end of the desert kingdom's domain and the start of the unforgiving Eastern Desert! 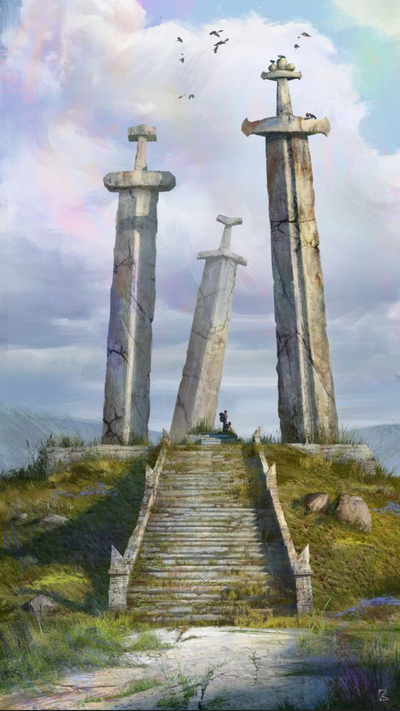 The Eastern Desert is the largest and only desert in Edenfell; a vast expanse of barren wasteland almost equal in size to Summerwind by landmass.

Not far from the Alliance's monument, figure of Set sculpted into the sand can be found standing and watching over the great Desert, keeping all travelers safe from harm as they canvas the harsh terrain, or so they say. 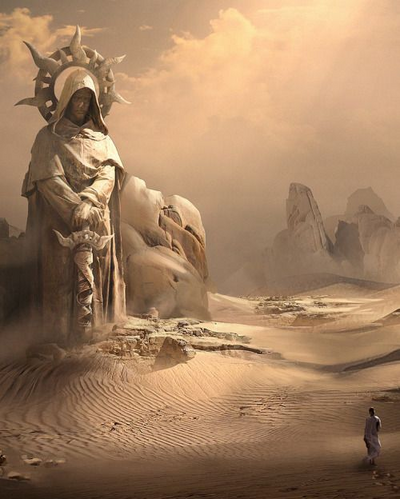 Numerous bones and corpses, especially of giants, are littered all around the Desert; an intimidating sight and a frightening reminder of what the Desert can do to even the most resilient of visitors. People often get lost in this wasteland and when they do, only by miracle do they survive. 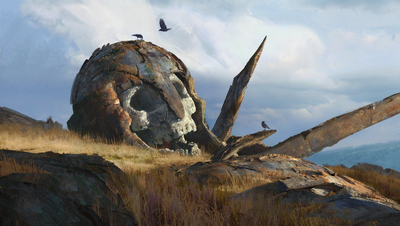 Scorpions, snakes and even Dune Wyrms are few of the thousand predators out in the Desert, waiting for prey. May Set's Mercy and Gaya's grace help you if you encounter any unsavory creatures out here. 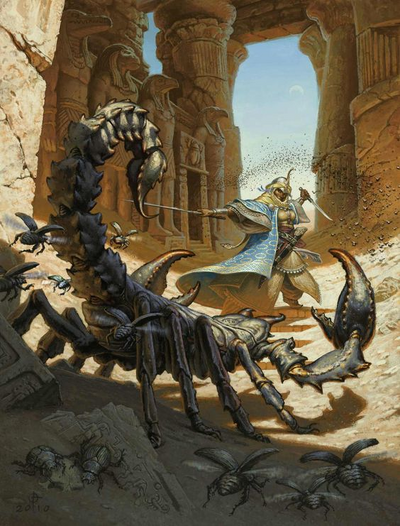 There are multiple highlands and large boulders in the Desert, steep dune hills and rocky climbs. Atop one of these many rocks, in the middle of the Desert, lies an Oasis and an abandoned Terminal both almost impossible to find without knowing the way. 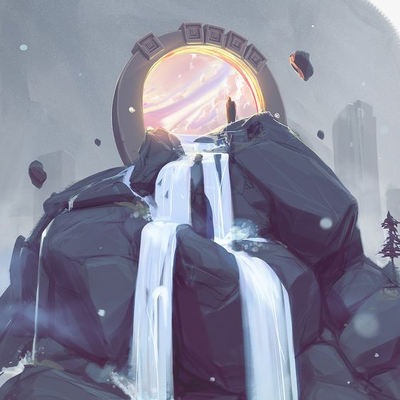 It is often simply referred to by those who know of its existence and location as the Terminal in the Desert or Gaya's Gate of Miracles (as it provides a quick escape from the harsh Desert) and is still very functional, serving as a gateway back to any of the other Terminals within the Three Kingdoms.

Sir Elsbeth can be found here.

Retrieved from "https://edenfell.fandom.com/wiki/The_Eastern_Desert?oldid=1564"
Community content is available under CC-BY-SA unless otherwise noted.