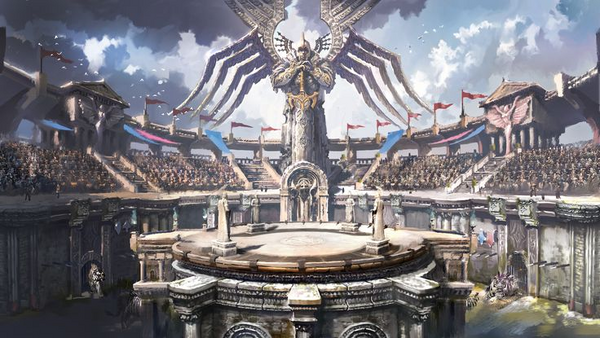 The Arena is a large, circular, enclosed space within Ironhold, where combat activities such as; royal ritual combat, trial by combat and knight games, are held.

Champions from all over the land dream of taking each other on in this battleground, with millions watching as they claim a throne, beat a foe or simply prove themselves worthy of the title of champion. 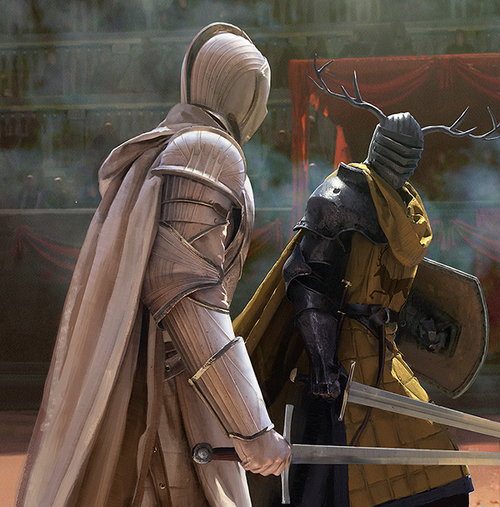 The Arena is always open, meaning that outside the usual festive periods, common folk may indulge as they engage in brute showdowns after having a few too many pints of ale, with large crowds of traders, merchants and sailors cheering them on. A few good squires have become knights through their feats in the Arena on odd days.

The Arena can easily sit twice the number of Ironhold's residents - almost everyone in Edenfell!

Retrieved from "https://edenfell.fandom.com/wiki/The_Arena?oldid=1443"
Community content is available under CC-BY-SA unless otherwise noted.