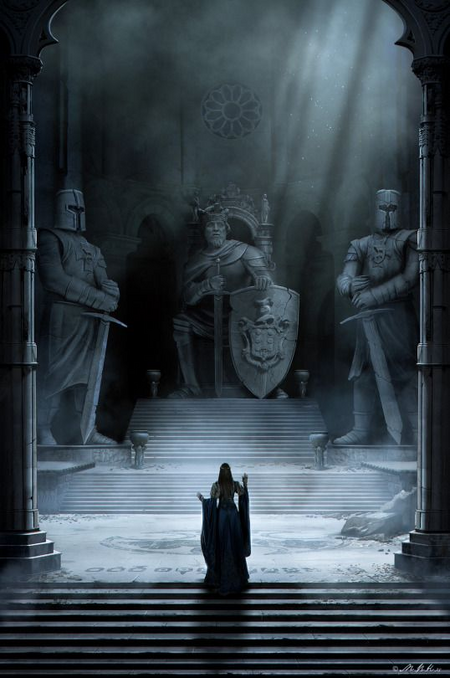 Kings' Crypt, often just called the Crypt, is a stone chamber beneath the Great Temple that serves as the final resting place for all Edenfell's Imperial Kings.

It is enormous in sheer size, cold and windy due the large space which also creates a lot of echoes. Funeral rites for the monarchs are held up above in the Temple itself before the bodies are brought down to the Crypt and laid to rest.

Each chamber has 3 statues placed in front of it; one of the monarch it contains and two knights of the Kingsguard flanking them. The bodies are first embalmed and properly preserved before they are enclosed in their tombs.

The Crypt, like the Temple, is open to the public and is a welcome reminder that everyone - including the almighty Imperial Kings - is mortal after all.

Eridi Aya can be found here.

Retrieved from "https://edenfell.fandom.com/wiki/King%27s_Crypt?oldid=1594"
Community content is available under CC-BY-SA unless otherwise noted.