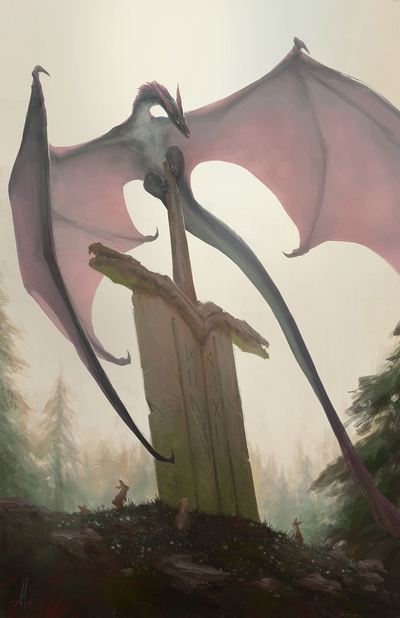 Where the eastern border of Alfenheim ends, marked by the Giant Sword, the dragonswood begins!

Gründewald is the second largest woodland in Edenfell and an expanse of forest larger than Summerwind, Ironhold and Vanaheim by landmass. The forest earned its name by being home to the dragons and Wyverns of Edenfell since the beginning of time.

These flying beasts prowl the forests, lurk in the trees and caves and soar in the skies up above. They own the forest and they understand it better than any man can; they know where to hunt, what to burn, where to breed and where to skirmish.

The dragonswood is bright and colorful, with thousands of vibrant trees and leaves of all shapes and sizes. 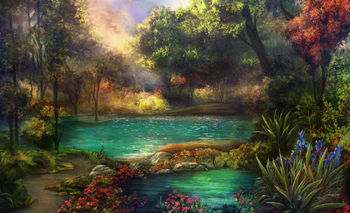 Numerous small streams and natural ponds are littered all around the woodland, inviting creatures of all sorts as well; from birds to deer, rabbits and Giant Elks. Hunters and mages from Alfenheim come into the woods to find wildlife and tame dragons when the time is right. 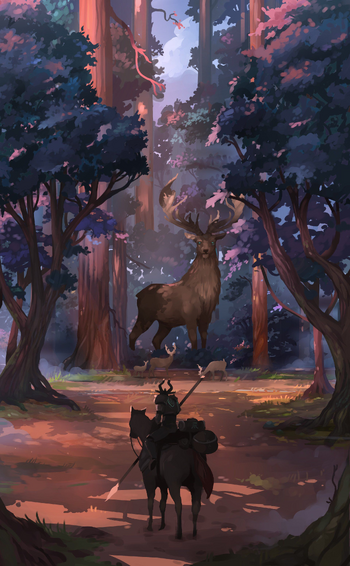 There are multiple highlands in Gründewald, steep hills and dreadful climbs all covered in shrubbery and tree stalks. Atop one of these many hills, near the edge of the forest, lies an abandoned Terminal, hidden by grass and bushes. It is often simply referred to by those who know of its existence and location as the Terminal in the Forest or Set's Gate (due to the many statues of the god that flank it) and is still very functional, serving as a gateway from the forest back to any of the other Terminals within the Three Kingdoms. 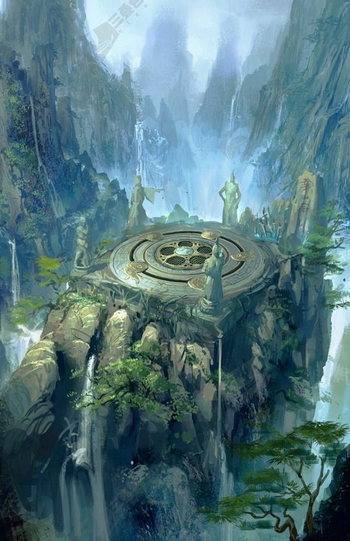 The Giant Lands is a stretch of deep wood where secret giant settlements are located. No one ever stumbles upon a giant settlement but, often when deep enough in Gründewald, unsavory encounters with giants occur. 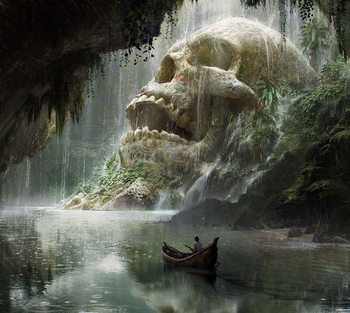 A narrow stream separates the heart of the dragonswood from the Giant Lands and few large bones and rotting skulls of the enormous pre-Anthros - and Anthros - litter its banks, a timely warning.

The Guardians of the Forest 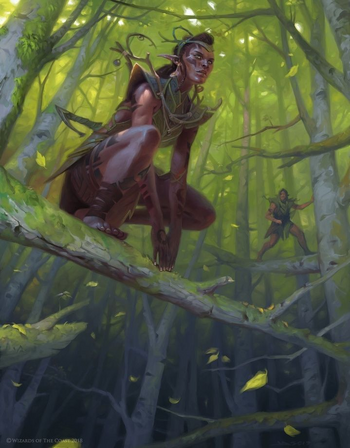 The Guardians of the Forest is an order of dark-skinned wood Alfen of an ancient house whose sole purpose is to protect the dragonswood from poachers, thieves and threats to its continuity.

They are clever, ruthless and often feral in combat, practicing a different form of martial combat to the regular Alfen style. They move in the branches and vines, shrouded and silent but always watching.

They often scare off poachers and invaders with illusions that alter their appearance and cast devastating spells of fear on their victims. When engaged, they seldom lose and when they face a superior enemy, their vast numbers even the contest. 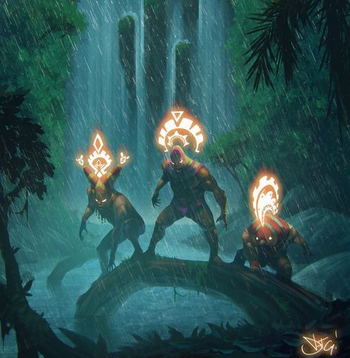 Retrieved from "https://edenfell.fandom.com/wiki/Gr%C3%BCndewald_Dragonswood?oldid=1656"
Community content is available under CC-BY-SA unless otherwise noted.