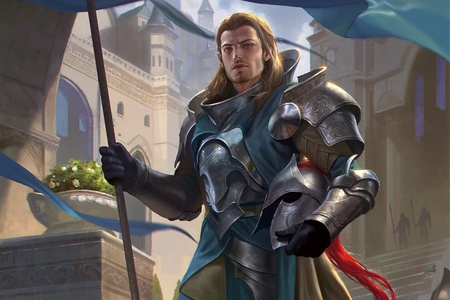 Also called reds, these sons of Adam are a powerful race that call The Kingdom of Summerwind home. There is no known continent or a region in Edenfell the Gaian originated from. There are no known Elven records on this subject and the Gaian learned writing relatively late, meaning that there are no early records written anywhere.

Some Imperial scholars believe that the reds could have evolved from the Alfen before moving to their present home, Summerwind. However, that theory is highly unlikely since the Gaian and the Alfen have many differences.

The most significant difference between Gaians, Elves and Nords is their lifespan. Unlike the centuries-old Elves and Nords, Gaians usually live no more than one hundred years. The oldest Gaian to be recorded was over 200 years old during the events of the Great War.

Reds also have various physical differences from the other races, as they are more muscular than most Alfen but much smaller than the Nords. Another easily noticeable feature of Elven kind is their pointy ears, which reds do not have. Gaians stand at a scale of 1.8 meters, and so, most Elves, even the women, stand at twenty inches or more over most Gaians. Gaians often have dark skin, a trait that earned them the moniker, "redskins" or "reds" for short. 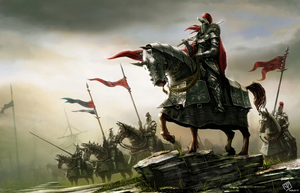 They do not have the magical potency of the Alfen but have enough to make them a force to be reckoned with in combat. They can be lithe and limber or brute and powerful. Their mana is considerable and with sufficient training and creativity, their sorcery can become deadlier than any other in Edenfell. They are fast on their feet and crafty with their heads, being the trickiest of all the races. Gaians possess great raw mystical energy which can be crafted as projections or channelled as transportation sorcery.

Like Elves, reds incorporate sorcery into their combat in a stylish, fluid manner and given their ability to move objects as well as project them, they are able to make multiple moves look like one fell swoop. A successful, magic-wielding Gaian fighter knows how to minimize the use of his mana while increasing the efficacy of attacks. They are strong, stubborn, fast and astute. In combat, a skilled Gaian is nothing short of a whirling dervish that would do whatever it takes to win. 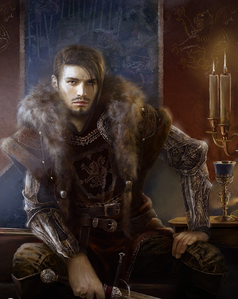 For better or worse, the Gaian sons of Adam are led by an array of emotions-lust, greed, fear, love, compassion, hope and will. As ugly as it can make them, it is also the thing that makes them beautiful. With resolve, nothing has been known to be able to stand in their way. Standing on average, shorter than all other Anthros and being one of the least physically resilient as well, it should go without saying that their odds of survival in this world are slim and they have no right to dominate and prosper, yet they stand proudly among the races as kings, warriors and leaders. 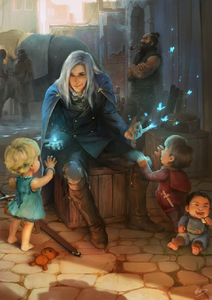 Reds are blessed with considerable amounts of mana and an even greater craftiness required to wield it. They have a propensity for cruelty, wickedness, trickery and betrayal as well as empathy, love, fortitude, loyalty and resolution. It is said that of all the creatures of Edenfell, Gaians have the largest hearts and nothing speaks to the hearts of Gaians more than music, an art in which they are second only to the Centaurs.

They dispute the title of most intelligent race in Edenfell with the Alfen, and with good reason. They are inventive, innovative and welcome to change. Above all else, Gaians adapt, multiply and with time, conquer.

Sometimes, the actions of Gaians can be questionable, stupid or even wicked. They are led by an overwhelming, inherent spirit of self-preservation, like an animal by its instincts. However, honour, fortitude, loyalty and compassion are seen as virtues among them. They are skilled hunters and trap-makers and place as much value on intellect as they do on strength. In appearance, reds are a cross between Elves and Nords, having long facial and body hair, more effeminate faces than the Nords, more pronounced muscles than the Elves and a variety of darker skin colours.

Retrieved from "https://edenfell.fandom.com/wiki/Gaians?oldid=2083"
Community content is available under CC-BY-SA unless otherwise noted.