The Edenfell Discord server was created on March 9, 2018, by scribe. The goal of the server is to create a welcoming environment for roleplayers of all levels. 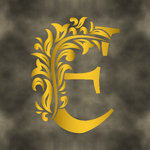 Edenfell is a written roleplaying discord server set in the eponymous fictional world of Edenfell; a world of magic, fantasy and politics, where ranked, licensed Imperial Sorcerers and their moral counterparts, Dark Mages, are the norm.

Set in a time similar to the middle ages, it is an open-world, free-form universe, taking inspiration from many popular media and fantasy tropes.

The story follows your characters as they learn, grow and impact the world around them in an all-around massively fun PvP experience.

So, come right in, bring your creations to life and get stuck in as you partake in an adventure spanning more than 50 locations, characters and storylines in one of Discord's premium roleplaying servers.

The power to change the world is your hands!