Beyond the Northern Wall of Vanaheim, the wolfswood begins and runs for miles as it becomes an expanse of terrifying Mountains and tundra. The blizzard woods here earns its name for being home to the great Direwolves that walk the snowy rocks of the Mountains and howl deep into the night in frightening harmony. 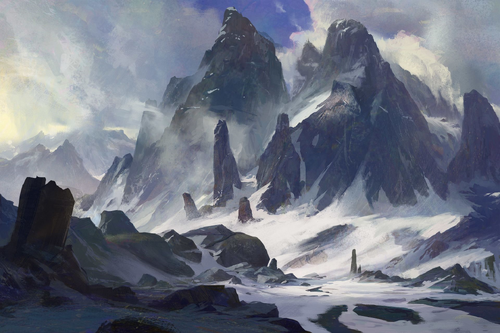 There is precious little beyond the Wall that is not frozen, including the trees which are all stiff as a board even in the middle of summer. The snow comes down on the Mountains round the year and it is almost impossible to imagine surviving out here even with the resources.

The Wall's Watch does sometimes wander into the woods and Mountains in parties, most times in search of fugitives from the law and other times to hunt or train but even they know they can only survive for so long out in the harsh cold. 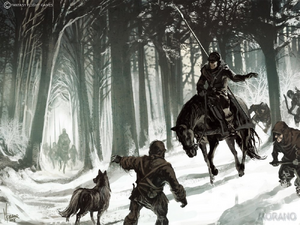 The terrain closer to the wall is slightly more inhabitable during the warmer summers and small lakes of melted ice and puddles of streaming water can be found forming along the winding wolfswood. 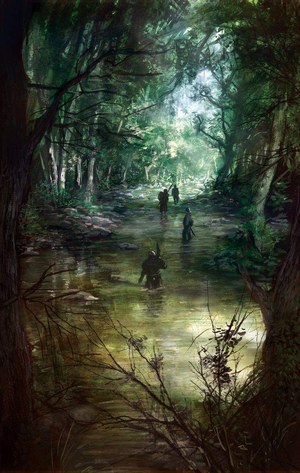 Exiles are often expelled to the Direwolf Mountains and with the cold and beasts out to get you, the wolfswood often spells the end of most men no matter how strong they might be. 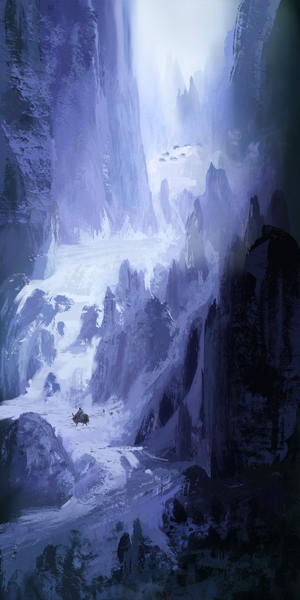 They say, the legendary Fenrir walk the wolfswood and that among the deafening howls that echo out of here every night, the loudest ones belong to the devilish Fenrir and that if one gets lost deep within the woods and Mountains, there is no chance of survival. 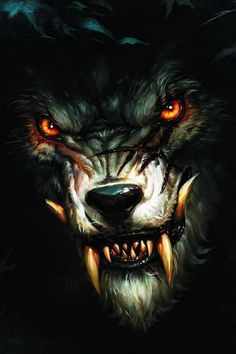 But, these are only scary tales used to frighten young ones...nothing more.

Retrieved from "https://edenfell.fandom.com/wiki/Direwolf_Mountains?oldid=2074"
Community content is available under CC-BY-SA unless otherwise noted.