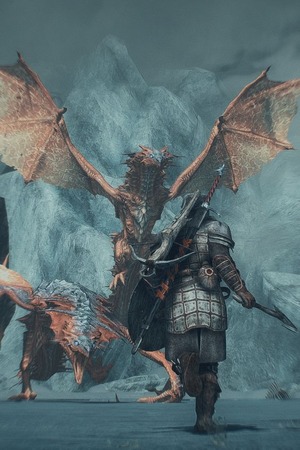 Edenfell is a land of magic and a land of magic is home to magical creatures of many shapes and sizes. Some can speak while others cannot but most will only ever see you as a meal and nothing more. We have all been created by Set, but we are not all equals.

If you hunt these beasts you may receive a hefty reward, especially if they have been causing some havoc. A trophy may be required for confirmation (event-dependent).

Rewards are handed out according to the level/rank of the creature slain or captured and the nature of the event and its Game-Master.

When being summoned by a Nord or a Mer through their respective schools of magic, due to influence of mana, the beast's stats will scale directly with the Physical potency/Mana of its summoner minus the rank differences. For every difference in rank one subtracts 100 points. When it comes to Mer, the rules for mana still apply. They cannot use more than half of their maximum mana reserves to power the beast.

These creatures cannot be summoned by mages below their ranks but their events and hunts are generally not rank-locked (depending on the Game-Master) and you may hunt a beast of higher ranks if you choose to.

Mer summons scale with how much mana their user used instead of the Mer's physical potency. Due to this, their summons do not have a flat summon cost and instead simply use as much mana as the person decides to pool into it divided between the three physical stats. Upkeeps still apply.