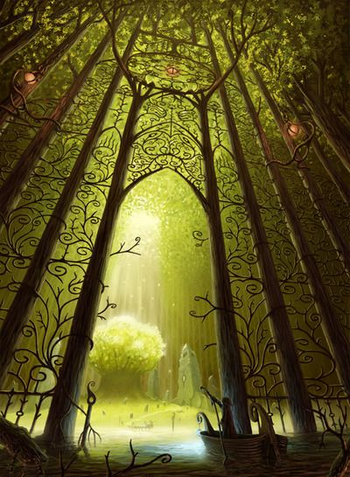 Alfen Rest is landmass reclaimed from the forest by the Alfen and turned into a cemetery where the kingdom's native dead are laid to rest. A Terminal connects the cemetery to the Alfenheim, making burial ceremonies and funeral rites much easier to perform.

A shallow stream separates Alfen rest from the dragonswood and an exquisite wall of trees and lanterns mark the borders of the immense burial ground.

Alfen come here to honor the fallen and remember the dead who they believe are sacred and so it would be unwise to desecrate this serene environment. We don't want to incur the wrath of Alfenheim, do we? 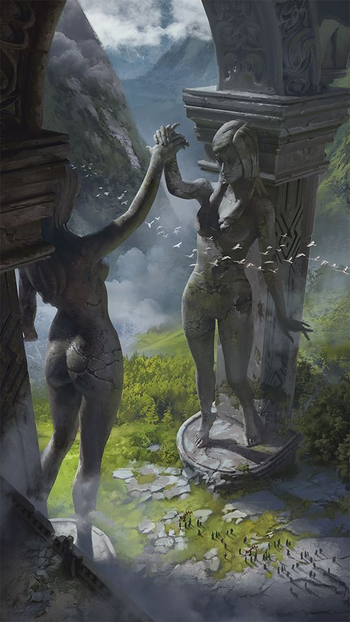 Grymer's Grave is a five hundred feet high monument erected above the resting place of Illumi Grymer, first of his name, King of the Anthros and the first men, Lord of the Three Kingdoms and Warden of the Realm.

Said to be the greatest swordsman that ever lived, a dual-wielding fury, Illumi Grymer is fondly remembered by all and has become one of the greatest legends in Edenfell. His grave's monument stands high, mighty and proud, fitting the man who lies underneath. 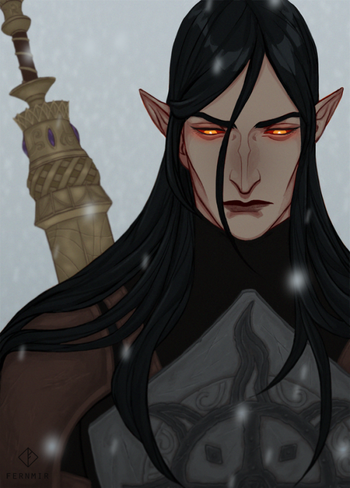 Retrieved from "https://edenfell.fandom.com/wiki/Alfen_Rest?oldid=1663"
Community content is available under CC-BY-SA unless otherwise noted.