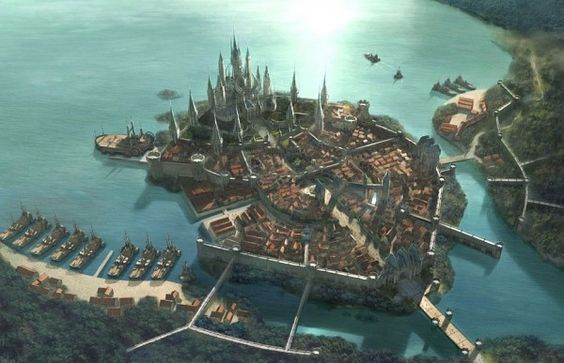 Far east of Ironhold, on a smaller island joined to the capital by a giant bridge, sits the Imperial Order's Academia of the Arcane Arts; the capital of all sorcery in Edenfell and headquarters of every Imperial Sorcerer in the land.

Guarded by often unseen Militants of the Order, the Academia houses an immense collection of books, tomes, grimoires and relics as well as guides and the like. It is the place every Magic Sensitive must pass through to truly become a licensed sorcerer. Young mages are educated in their craft and in magicking, in the preservation of the good and protection of the land. 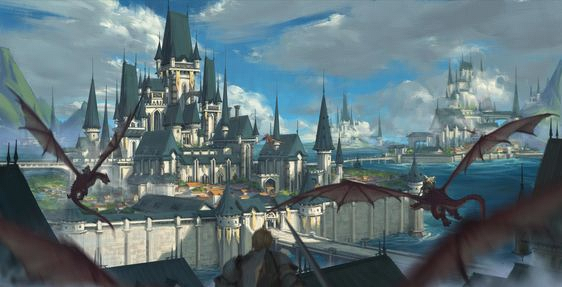 Gimmicks and funds for Imperial Sorcerers are also locked away here. Captives of magicking ranging from beasts - dead or alive - to Dark Mages - dead or alive - are held in the Academia's dungeons first before the latter are transferred to the Kingsguard Keep's cells.

The only known teacher resident of the Academia is the mysterious Baeleth; an ancient and powerful mage with unknown origins. It is unknown what powers the mage possesses, what race he belongs to or if even he is a living being; no one has ever gotten close enough to learn the truths of these questions.

Unseen and unheard yet he sees all, hears all and knows all. The sorcerer demonstrates these unnatural gifts by keeping order in all kingdoms and enabling the management of the land's magic for generations.

The Grandmaster likes to take the body of a Gaian when he must be seen but many are certain that is not his true appearance owing to numerous accounts of encounters with the sorcerer all around Edenfell in various forms - man, beast and object alike - and his age; having lived twice as long as even the Alfen. The extent of his magic is unknown.

Retrieved from "https://edenfell.fandom.com/wiki/Academia_of_Arcane_Arts?oldid=1408"
Community content is available under CC-BY-SA unless otherwise noted.